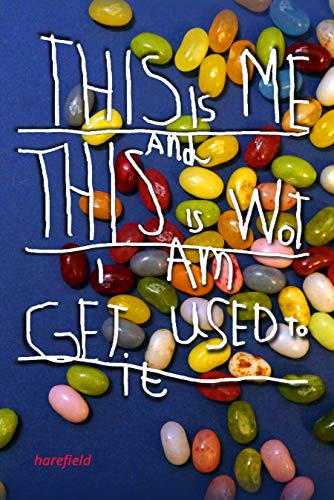 It's exhaustively researched and smartly written, and I suspect that anything I write about the NES in the future will use it as a primary resource.

Additionally, Altice was kind enough to answer a few questions for anyone curious to know more about the book. A great joke is all in the telling. We generally cover 'time-based' media, encompassing everything from traditional animation to sound to motion graphics. I've taught across three semesters now. So my professional interest is both creative and academic. I enjoy teaching and making games.

But my personal interest extends back to childhood as I'm sure most videogame players would say. The ability to shrink and grow and find secrets and scroll the screen and finish a level rather than looping over the same screen seemed mind-bogglingly magical at the time. I think my parents finally relented around or so. I was an artsy kid, so I loved drawing game maps and characters and creating my own game levels on graph paper.

Sorting out the individual boxers' patterns became a household obsession. Stories like these are probably pretty familiar to players of my age. An Altice family obsession. After moving through several newer consoles, I reconnected with the NES in college, as a collector.

I only owned about a dozen games as a kid though I rented many more , and in the late '90s, NES games went for dirt cheap and people were clearing out collections, so I and a friend began amassing a decent stockpile of games. Emulation also arrived in a serious way via Nesticle my freshman year, so I suddenly had access to many games I'd never played, especially Famicom-exclusive titles, bad translations, and weird ROM hacks.

Likewise, artists like beige and Cory Arcangel began experimenting with the NES as an expressive medium, so I began looking at the console not only as an entertainment device but as a technological artifact.

I took a few years' rest from collecting but resumed again around , joining communities like Nintendo Age and really getting into the history of the machine.

I'd also been snooping around the NesDev community for a few years and began to poke around with programming in assembly, making simple demos, and reading loads of technical documentation. Those two communities are really the unsung heroes of the book, because they've done so much intense study of the platform and its games over the years that without them, the book wouldn't have been possible. I'm pretty awful at programming the NES, so they became an invaluable resource when I was stuck with an intractable technological question.

And the more I studied the console, the more fascinated I became—it's really a remarkable computing platform with so many peculiar constraints and engineering decisions. When I started my doctorate in , game studies as a discipline had evolved to the point where it seemed I might actually be able to write about videogames in a scholarly manner, transforming what had been a hobby into an academic pursuit.

In , through a series of serendipitous events, I saw an open call for books for MIT's platform studies series. I had loved the Atari book and thought, 'Holy crap, I'd love to write the NES book,' but figured that was a pipe dream because I was still in grad school. But it turns out all this personal interest in the platform translated into a pretty good pitch.

And so here we are.

USG: So you didn't wake up one day and think, "It sure would be great to write a super in-depth exploration of the NES hardware" out of the blue, then. But "I Am Error" definitely doesn't read like any other NES history I've ever read — it touches on both the technical elements of the system and the business side.

Did that make for as difficult a juggling act as it would seem? NA: Definitely. Since the NES is one of the most popular consoles, it's been well-covered from the historical angle as I'm sure you know Sheff's book seems widely-regarded as the definitive Nintendo book, and due to Nintendo's intense secrecy, a book like that could no longer be written.

But Sheff was also not a technologist, so there were some glaring technical errors that I've seen propagated not only online—as most NES fan sites directly plagiarize Game Over—but also in academic sources. For instance, he wrote that Super Mario Bros.

He didn't get the technical details, but it was a different kind of book, so it wasn't necessary for him to be so detail-oriented.

So the challenge was how to reframe the historical accounts in a new way, and part of that strategy was returning to some untapped Japanese resources. I hired a translator and learned some rudimentary Japanese and began exploring some earlier documentation on the console that I'd never seen translated. That perspective became invaluable.

It's a minor detail, but I got really excited when I discovered things like that. And many of the NES's historical accounts, when told by competitors, claimed Nintendo was ripping off Atari's or Commodore's technologies.

But when you look at the actual hardware, you see that they were really trying to mimic the ColecoVision. It's a small miracle that the designers packed as much music, characters, and level diversity as they did into 40KB—less than your average TextEdit document.

And they achieved that miracle by adhering closely to the Famicom's engineering design. It's still the game that best displays the stock design sans mappers of the Famicom, its PPU, and its cartridges. That and the fact that many of the creative decisions that defined the NES were driven by technical considerations that were in turn shaped by business needs — basically, that none of these factors existed in a vacuum, and all of these things affected the other.

As you mention, Game Over has pretty much been the definitive treatise on Nintendo in the '80s, and there's been very little original research on the subject published since it was first released odd yeas ago. Frank Cifaldi's done some great interviews about the U.

They had little to no involvement with the technical aspects of NES development. Chapters are focused less on individual games, and more on wider topics platforming, sounds synthesis, various disk peripherals. The result is more broadly informative, but perhaps less immediately compelling. Lengthy explanations of the nuts and bolts of the assembly language that effects our favorite classic games drive the narrative.

If you're looking for a nostalgia kick, you'll learn lots about things like why the console and games were shaped the way they were, the strategy behind the "black box" art design of the system's launch titles, and cool facts about why Super Mario can scroll right but never left or up or down , while Link can move in all four compass directions. But be aware: if technical terms like "bank switching," "pattern and attribute tables," and "meta-meta-sprites" intimidate you, this book might not be the breezy beach read you're looking for.

This is finally the one book that was every bit as technical as I wanted it to be. The book both analyzed the 8-bit Nintendo console as a technical platform and as an institution. Starting with how the hardware was designed and what games it was intended to implement. Then, what limitations did the hardware impose, how did that affect the games, and how did the designers work around those limitations?

It made me look the NES games differently then I had before and inspired me to fire up an emulator to do some game hacking. Specifically, the book talks about how Sprite 0 is used to determine the current scanline and switch the current scrolling settings of the game From static to horizontal or vertical scrolling.

I wondered what would happen if you moved that sprite.

The answer: it makes the game behave in really interesting, wonky ways. If you understand this paragraph, or it intrigues you at all, serious pick up this book right away. The last chapter is all about the music of the system and way above my head as I understand almost nothing about music theory, but a delightful read.It made me look the NES games differently then I had before and inspired me to fire up an emulator to do some game hacking.

But platform studies is not simply a technical discussion—it also keeps a keen eye on the cultural, social, and economic forces that influence videogames.

The last chapter is all about the music of the system and way above my head as I understand almost nothing about music theory, but a delightful read.

Stories like these are probably pretty familiar to players of my age.

WENDY from Springdale
Please check my other articles. I absolutely love cutthroat. I enjoy exploring ePub and PDF books wisely.
>